Schedule an Appointment Leave a Review

A 2019 Yale study published in Science Immunology is making waves in the keto community. The research suggests that being on the ketogenic diet can improve your chances of fighting the flu. What is keto and can it protect you from the flu this season? Keep reading to learn more from the experts of holistic alternative medicine in Arlington Heights, IL.

The ketogenic diet—keto for short—has gained a considerable following over the last few years. The basic principle behind this diet is a reduction of carbohydrate intake. While it’s nearly impossible to avoid all carbohydrates, ketogenic dieters try to keep their intake of carbs under 20 grams per day. This includes abstaining from bread, pasta, and sugar while increasing your intake of high-quality protein, fat, and plant fiber. In theory, by decreasing your intake of carbs, your body switches into fat-burning mode. Any stored fat on the body is burned for energy, resulting in weight loss. Many of the foods allowed under the keto diet are also low in calories which also helps dieters who are watching their caloric intake.

In the fall of 2019, the Yale School of Medicine published findings from a study of mice on the ketogenic diet. Dr. Vishwa Deep Dixit, a doctor of veterinary medicine at Yale and co-senior author of the study, hypothesized that the ketone bodies produced by the metabolic process support the body’s immune system and help fight the flu. Ketones are produced when the body burns fats. The production of ketones is deactivated when large amounts of carbs are consumed. In the Yale study, mice were placed on a strict ketogenic diet, forcing their metabolism to produce more ketones. As a result, the mice also produced more gamma delta T cells, an immune support cell that produces the mucus lining in the lungs. These mice were able to ward off sickness because the mucus in their lungs trapped and destroyed flu virus cells. Mice on a standard diet that included carbs didn’t produce the gamma delta T cells and therefore, couldn’t protect themselves from the flu.

Some keto dieters report experiencing flu-like symptoms when they transition away from carbohydrates. It’s important to make the distinction between the “keto flu” and influenza so you can diagnose your condition. “Keto flu” symptoms include headache, brain fog, fatigue, constipation, irritability, and insomnia. These symptoms are the result of metabolic withdrawal from carbohydrates. The main difference between the keto flu and influenza is that the symptoms of keto flu usually go away 2 or 3 days after starting a keto diet when the body has acclimated to the lack of carbs. To contrast, symptoms of influenza include fever, coughing, sore throat, congestion, and body aches. 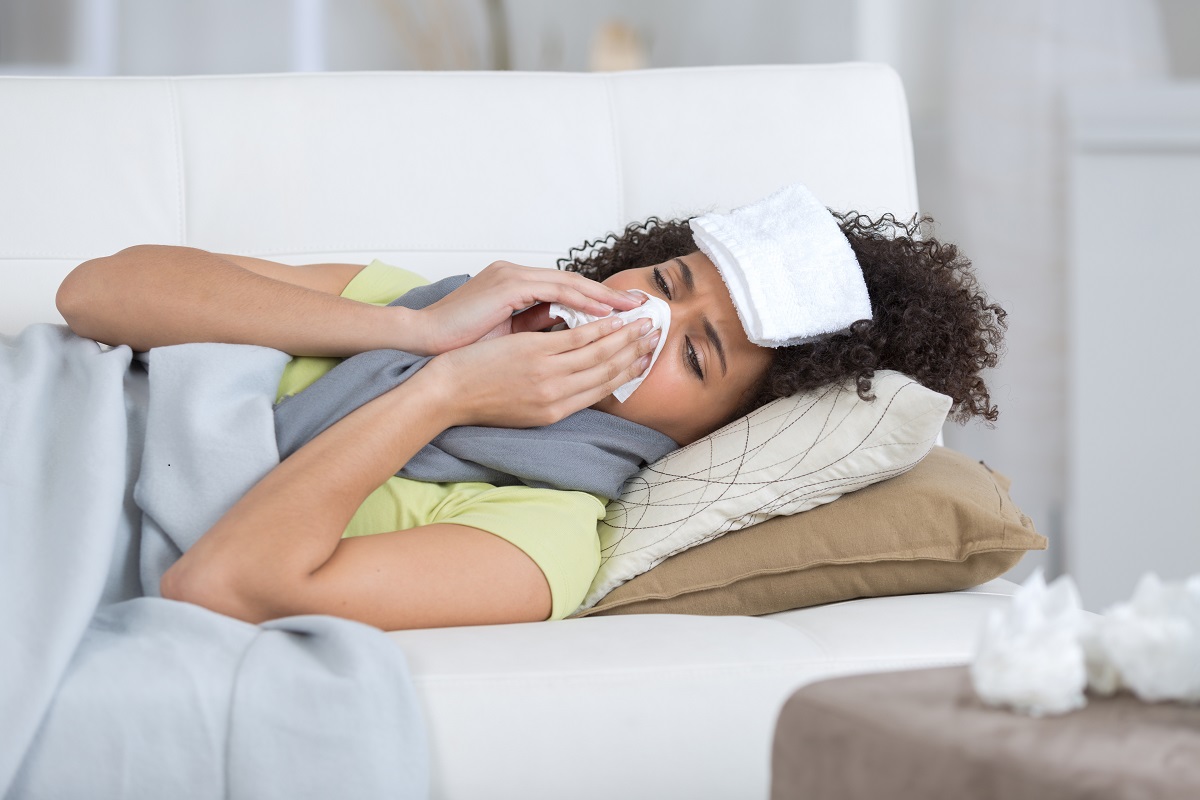 As of yet, the Yale study hasn’t been replicated in human studies. Medical experts generally believe that low-carb diets inhibit the body’s immune system from fighting illness because of the lack of energy. More research is needed to determine both the positives and negatives of the ketogenic diet on human health.

Whether you want to lose weight or improve your immune system, always consult your doctor before changing your diet. To learn more about the ketogenic diet or holistic and alternative medicine in Arlington Heights, IL, make an appointment today with Midwest Allergy Relief Center by calling (847) 392-7901.